I want to hear from you! What do you want to hear about on the show? The show is growing fast because of your feedback! 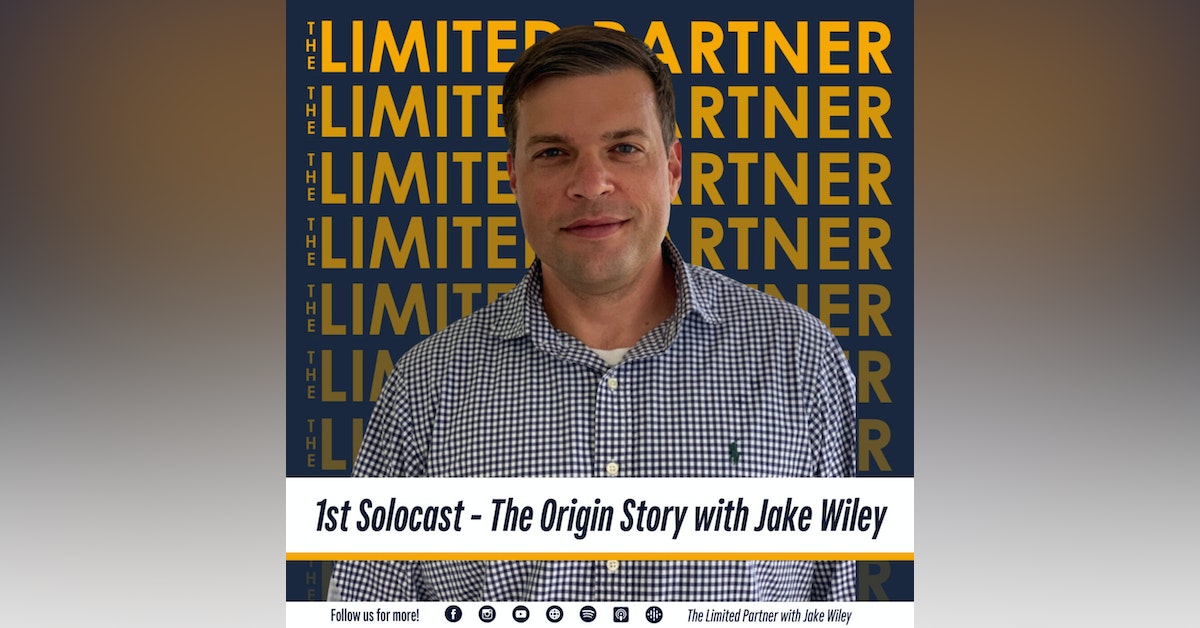 90% of millionaires make their money with their real estate. It is a tangible asset that can give one significant returns as long as they know what they are doing. However, most people jump right in without the knowledge of how hard it could be managing those properties especially for single family units. So, what should be your first investment? You should always invest in yourself and your education first! In real estate, there is a lot of money moving around, but too many people try to skimp on perceived education costs to go right for the big transaction, with dire consequences.

In TLP’s first ever solocast, we are with our very own The Limited Partner Podcast Host, Jake Wiley. He is a podcaster, author, entrepreneur, CPA, former CFO, and head core client relationships for Private Equity Real Estate and Alternative Investments. Today’s podcast episode is focused on Jake’s biggest “why” he started venturing the real estate markets and started this show, his challenges and tribulations with managing multiple single family rental properties, and the advantages of being invested in a Limited Partnership.